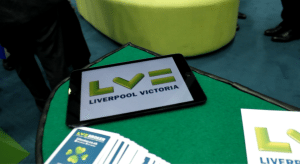 iPad Magician UK Keelan Leyser was hired to create bespoke Liverpool Victoria iPad Magic with the LV trade show giveaways in August 2014.  iPad Magician Keelan attracted the attention of the trade show guests at the Manchester GMEX and they were blown away by his tradition card tricks, branded with the LV logo, and his skills of producing pens, USB sticks and even sweets from his iPad!  Keelan performed for three days at the GMEX and had fantastic feedback from the client.

“Keelan was absolutely AMAZING! A real pleasure to work with and absolutely hit with the crowd. Everything he did was fantastic but the bespoke tricks using our promotional items were particularly impressive and great brand exposure for us too. I think it’s fair to say everyone was “feeling the LV” and were most certainly WOWED by Keelan’s impressive magic & talent. I can’t recommend him highly enough and am so pleased we booked him for our event – I’m sure this won’t be the last time we’ll be seeing him!”  Tanya Plumb, Marketing & Events Manager, Liverpool Victoria

iPad Magician Keelan creates all his own tricks and can customise his performance to suit your brand and event, he is perfect trade show entertainment and will draw the crowds to your stand.  Check out the video below taken at the trade show to see the guests’ reaction to his amazing talent. 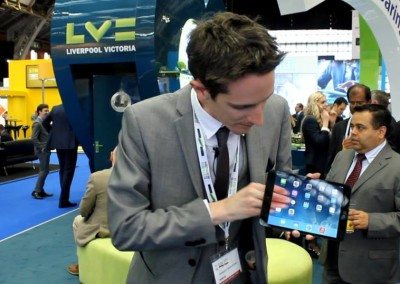 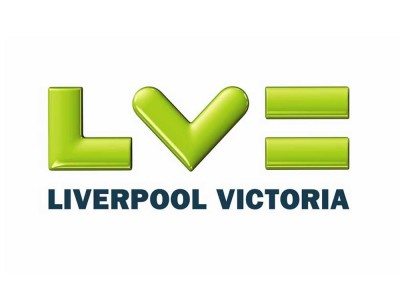 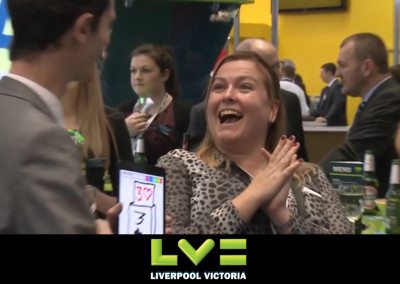 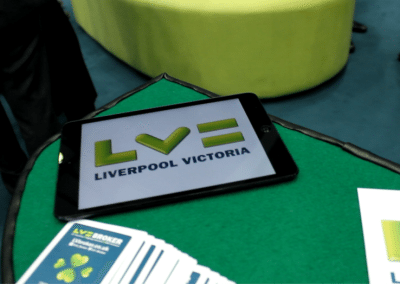